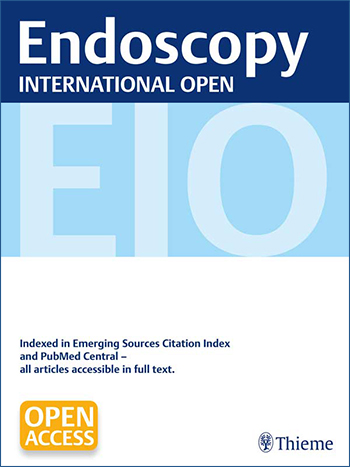 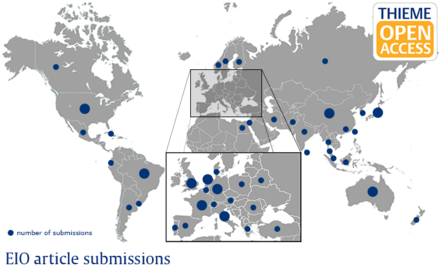 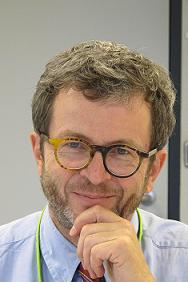 Professor Thierry Ponchon is a specialist in hepatogastroenterology and Director of the gastroenterology unit at Edouard Herriot Hospital, Lyon. He received his medical training at Lyon Medical University and is member of the board of the National French Society of Gastroenterology and the European Society of Gastrointestinal Endoscopy (ESGE), among others. He was Co-Editor-in-Chief of the journal Endoscopy. His main focus is on digestive endoscopy, esophageal carcinoma, colorectal cancer screening and biliopancreatic diseases. 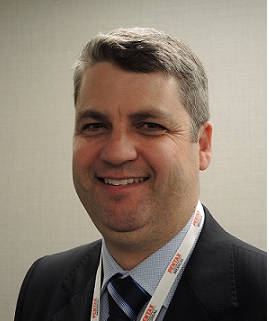 Vitor Arantes is currently working as Director of the Endoscopy Unit and Adjunct Professor at the Alfa Institute of Gastroenterology, School of Medicine, Federal University of Minas Gerais, Belo Horizonte, Brazil. His expertise is in therapeutic endoscopy, and he received medical training at the Federal University of Minas Gerais, the Universidad Autonoma de Barcelona, the University of Texas Medical Branch, Kobe University in Japan, and at the National University Hospital in Singapore. His research activities focus on early gastrointestinal neoplasia, endoscopic submucosal dissection (ESD), EMR, EUS and transnasal endoscopy. 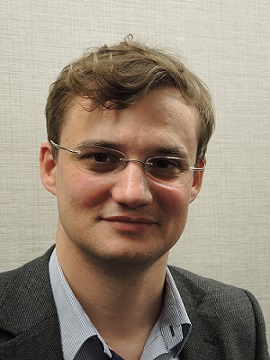 Dr. Mihai Ciocîrlan is gastroenterologist and Assistant to Professor at Fundeni Gastroenterology and Hepatology Clinic, Bucharest. He received his medical training at the Carol Davila University of Medicine. He was trained and worked in Lyon, France for several years and has a formal training in endoscopic ultrasound from Marseille University. He is editorial board member of the journal Endoscopy and member of the ESGE Research Committee. His main interests include endoscopic mucosal resection, endoscopic mucosal dissection and endoscopic ultrasound. Dr. James East is a Consultant Gastroenterologist and Endoscopist based at the Translational Gastroenterology Unit, John Radcliffe Hospital, Oxford. He is Clinical Lead for Endoscopy and Clinical Director of Bowel Cancer Screening Oxfordshire. He trained in London, with a research fellowship at St. Mark‘s Hospital leading to an MD(Res) from Imperial College, and received the British Society of Gastroenterology‘s Hopkins Prize on the basis of this work. His research interests include quality in endoscopy, serrated polyps, endoscopy in IBD, and advanced endoscopic imaging and therapy. 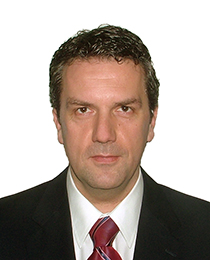 Dr Ivan Jovanovic is a professor of internal medicine and gastroenterology working at Clinic for Gastroenterology and Hepatology, Clinical Center of Serbia, Belgrade. He received his Medical degree at University of Belgrade, Serbia in 1994. He was trained in Eppendorf Klinik, Hamburg; Otto von Guericke University of Magdeburg, Marien Hospital, Bottrop, Germany as well as at the University of Kishiwada and Fukaoka in Japan. He was a Fulbright Visiting professor at the Basil Hirschowitz Center of Excellence at University of Alabama, Birmingham, USA. His main interests include quality in endoscopy, advanced endoscopic therapy, IBD, celiac and reflux disease. He is a Fellow of American Society for Gastrointestinal Endoscopy (ASGE) and currently, he serves as a president of Serbian Society for Gastrointestinal Endoscopy. He was awarded for his accomplishments with ASGE Don Wilson Cook Award and was recognized as one of the top five reviewers for Endoscopy journal in 2015. 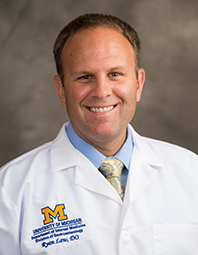 Dr. Ryan Law, received his medical degree from Lake Erie College of Osteopathic Medicine and completed his internal medicine residency at The Cleveland Clinic where he was selected to the Clinical Scholars Program. Following residency, Dr. Law completed his gastroenterology fellowship at Mayo Clinic in Rochester, Minnesota followed by a therapeutic endoscopy fellowship at Northwestern Memorial Hospital. He joined the faculty at Michigan Medicine in 2015 as an Assistant Professor of Medicine and currently serves as the Program Director for the advanced endoscopy fellowship. He was the recipient of the 2013 American College of Gastroenterology (ACG) North American International Training Grant and 2016 American Society for Gastrointestinal Endoscopy (ASGE) Cook Medical Don Wilson Award to obtain additional endoscopic training outside of the United States. Dr. Law’s clinical and research interests include all areas of therapeutic endoscopy and endoscopic innovation. He currently serves on committees for ASGE and ACG. He is an Associate Editor for VideoGIE and on the Editorial Review Board for Gastrointestinal Endoscopy. He previously served as an Associate Editor and Editor-in-Chief of the ACG Case Reports Journal. 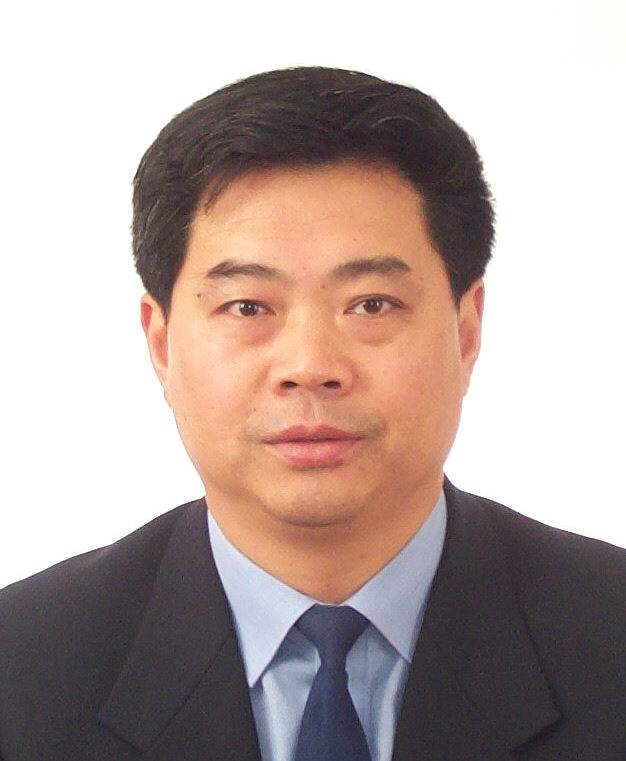 Prof. Zhao-Shen Li is the director, professor and MD supervisor of Gastroenterology Department of Changhai Hospital, the Second Military Medical University. He is also a member of the disciplinary Appraisal Panels under the Academic Degrees Committee of the State Council, the standing director of Chinese Medical Association and the chairman of Chinese Society of Digestive Endoscopy. Moreover, Prof. Li is the editor-in-chief of the Chinese Journal of Digestive Endoscopy, Chinese Journal of Pancreatology, and Journal of Interventional Gastroenterology. His research fields are digestive endoscopy and digestive disease. 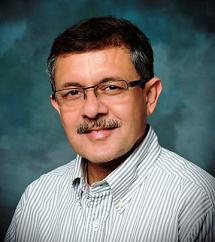 Professor Amit Maydeo is presently the Chairman of the Baldota Institute of Digestive Sciences at the Global hospital of Mumbai, India. He is also an associate professor at the Grant Medical College, Mumbai. After completing his surgical training in 1984, he was trained in the University hospital of Hamburg as an interventional GI Endoscopist and has since then devoted his career to advanced GI endoscopy. He served as the President of the Society of GI Endoscopy of India in 2004. He has done pioneering work in ERCP for chronic pancreatitis, Bile duct stones, Cholangioscopy and POEM for achalasia cardia. He has been an award winner of the first world cup of Endoscopy held in Chicago in 2011. Recently, he has started the Indian College of Endoscopy for training young endoscopists from India and abroad. 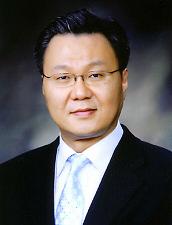 Professor Moon is currently the Chief of Division of Gastroenterology, Director of Digestive Disease Center of SoonChunHyang University Hospital of Bucheon, Korea. His specialty includes diagnostic and therapeutic endoscopy of pancreaticobiliary tract diseases, especially through ERCP and EUS. Prof. Moon is involved in the clinical research of pancreaticobiliary endoscopy and has published extensively in high ranked journals. Prof. Moon is also actively involved in the development of metal stents, and endoscopic accessories. Prof. Moon has been invited to many international endoscopic symposiums in the world. He has received several awards, locally and internationally.

Professor Ichiro Oda is Head of the Endoscopy Division of the National Cancer Center Hospital in Tokyo, Japan. He received his medical training at the Sapporo Medical University. As a member of the Japan Gastroenterological Endoscopy Science and the Japanese Society of Internal Medicine, he has a clear focus on gastroenterology. In 2012, he received the Nishi Award from the Japanese Gastric Cancer Association. His work is especially dedicated to endoscopic mucosal resection and dissection, gastric cancer diagnosis and treatment, esophageal cancer and Barrett’s. Having been an Endoscopy Editorial Board Member for several years, he now holds the position of Co-Editor of the new open access journal EIO. Dr. Olano is a professor of gastroentology with a specialization in video-capsule endoscopy and enteroscopy. She received her MD degree from the Universidad de la República in Montevideo in 1993, and achieved a postgraduate degree in Gastroenterology at the same university in 1996. She completed her GI endoscopy training at the Gastroenterology Clinic and associated public hospitals in Montevideo. After an internship at the Gastroenterology, Hepatology and infectious diseases department at the Otto-von-Guericke University of Magdeburg, Germany in 2008 she returned to the university of Montevideo. She has occupied several positions at the Urugayan Society of Gastroentology, including President, Secretary and National Issues Chair. Her major areas of interest include small bowel diseases, capsule endoscopy, enteroscopy and medical education. She is currently in charge of the national program supporting students to achieve a Diploma in Endoscopy. As part of her position she is involved in postgraduate training in Gastroenterology. 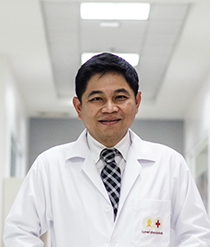 Rungsun Rerknimitr graduated from Chulalongkorn University, Thailand with honor. He obtained his American Board of Internal Medicine from Rush Medical College, Chicago in 1996. Later, he pursued his Gastroenterology fellowship from Louisiana State University in New Orleans. Before he returned to Thailand, he obtained an ERCP fellowship from Indiana University. He is currently a Professor of Medicine and a Director of GI Endoscopy Excellence Center at Chulalongkorn University, Bangkok, Thailand. He is also a founding member and past president of the Thai Association of Gastrointestinal Endoscopy (TAGE) and also the past chief editor of the Thai Journal of Gastroenterology. He is now the chief of the Division of Gastroenterology, Chulalongkorn University, Bangkok, Thailand. His main research interests are in field of colorectal cancer including screening, adenoma detection and prediction, quality indexes in colonoscopy and palliative stenting. His other main endoscopic interest is therapeutic ERCP with a special interest in metallic stent clinical application. His extra-endoscopy medical interest is telemedicine. 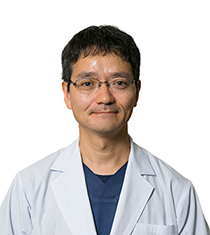 Dr. Uedo is a Vice-director of Department of Gastrointestinal Oncology, Osaka International Cancer Institute. His current research interests are 1) application of new endoscopic imaging and therapeutic technique to management of gastrointestinal cancers and 2) establishment of efficient training of advanced endoscopic procedures. He is a councilor of Japanese Gastroenterological Endoscopic Society, Japanese Society of Gastroenterology, Japanese Gastric Cancer Association and Japanese Esophageal Society. 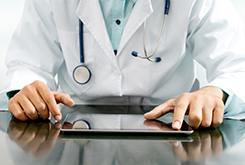 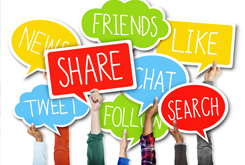 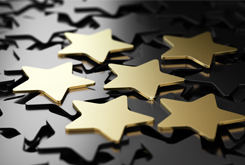