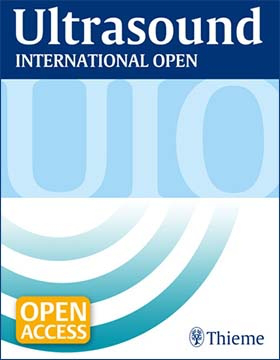 Professor Deepak Bedi is Director of Body Ultrasound in the Department of Diagnostic Radiology at The University of Texas M. D. Anderson Cancer Center, Houston, since 1997. He is the author of numerous peer-reviewed articles, investigator in several research projects, and a highly respected lecturer on unique applications of ultrasound in early detection and management of cancer. Professor Bedi also serves as a consultant to major ultrasound equipment manufacturers in the testing of new innovations in ultrasound. He is a consultant to NASA on ultrasound imaging aboard the International Space Station as well as the founder and Chairman of "Ultrasound in the New Millennium: The Cancer Patient", an annual ultrasound symposium and practicum on the role of ultrasound in the cancer patient.

Dr. Vito Cantisani is a radiologist and instructor in radiology at Policlinico Umberto I, Univ. Sapienza of Rome. He is a two-time winner of the EURORAD prize at ECR, the EFSUMB Young Investigator Award, and the Best Scientific Presenter in Head and Neck Session Award at ECR. Dr. Cantisani was secretary and then president of the SIUMB Contrast Media Section and is currently Chairman of EPSC within EFSUMB. His research interest is focused on US contrast media in abdominal and non-abdominal applications in correlation with multislice-CT and enhanced-MRI and US-elastography, mainly in thyroid, testicle, liver, breast and salivary glands. Dr. Cantisani wrote or co-wrote 95 papers published in Italian or international peer-reviewed journals.

Dr. Caroline Ewertsen is a radiologist at Copenhagen University Hospital, Rigshospitalet. She has a PhD in radiology and is a part time researcher at the Danish Technical University (DTU), Centre for fast ultrasound. Dr. Ewertsen is president of the Danish Society of Diagnostic Ultrasound, Euroson congress secretary 2010, member of the EFSUMB publication committee since 2013, and the organizer of several courses in ultrasound. Her research includes new ultrasound technologies such as image fusion, elastography, and novel techniques for visualizing flow. Dr. Ewertsen has written more than 40 articles in peer-reviewed journals.

Dr. Kai-Sven Heling is running a prenatal diagnostics practice in Berlin. In his doctoral thesis Dr. Heling engaged in biometrics and functions of the fetal heart, and he earned his postdoctoral lecture qualification with studies on sonographic lung biometry. From 1992 to 2004 he was in specialist training and worked as a senior physician at the Clinic for Gynaecology and Obstetrics at the Charité, Humboldt University, Berlin. Dr. Heling holds a Diploma in Fetal Medicine from the Fetal Medicine Foundation London. He is the head of the Section Gynaecology and Obstetrics of the German Society of Ultrasound since 2013 and President Elect of the society since 2014. Dr. Heling has written more than 70 scientific publications and monographs.

Professor Adrian Lim has been a Consultant Radiologist at Imperial College Healthcare NHS Trust since 2003 where he is also Head of Ultrasound at Charing Cross Hospital. His main interests include general ultrasound (including endocavitary scanning and use of microbubble agents) as well as oncological, breast, and musculoskeletal imaging. Professor Lim has been a Reader at Imperial College London since 2010 and has recently been made an Adjunct Professor of Radiology in 2013. He is a Royal College of Radiologists tutor and has published widely in CT, MRI and Ultrasound.

Professor Guntram Lock is head of the Department of Internal Medicine of the Albertinen-Krankenhaus, an academic teaching hospital in Hamburg, Germany. He completed his postgraduate medical training in Nuremberg (pediatrics), Offenburg (internal medicine) and mostly at the University of Regensburg (internal medicine, gastroenterology), where he was appointed deputy medical director in 2000 and professor of medicine in 2005. Dr. Lock conducted clinical research in gastroenterology, hepatology, endoscopy, and ultrasonography (abdomen, scrotum). In his present position, he covers a broad spectrum of internal medicine with a special interest in endoscopy, endoscopic ultrasound, and ultrasonography.

Dr. Sonila Pashaj is an expert on obstetrics and gynecology at the Ultrasound Department of the Maternity Hospital Koço Gliozheni of Tirana, Albania, which she joined in 2012. She is specialized in prenatal ultrasound and received her PhD from the University of Mainz, Germany. In her doctoral thesis she focused on “3-dimensional fetal neurosonography: Corpus callosum of the fetus: normal and abnormal development”. Dr. Pashaj was awarded the first price of the German Society of Ultrasound (DEGUM) in 2012 and the Young Investigator Award EUROSON in 2013. She obtained the DEGUM level II ultrasound qualification and is member of the Fetal Medicine Foundation Germany.

Professor Adrian Săftoiu, MD, PhD, MSc, FASGE, is a senior gastroenterologist and the Scientific Director of the Research Center of Gastroenterology and Hepatology, University of Medicine and Pharmacy Craiova, Romania. Prof. Săftoiu has significant expertise in advanced diagnostic and therapeutic endoscopy, with emphasis on endoscopic ultrasound and endoscopic retrograde cholangiopancreatography. Since September 2012, Prof. Săftoiu has held the position of Visiting Clinical Professor at the Department of Endoscopy, Copenhagen University Herlev Hospital, Denmark.

APC payments are due upon acceptance of the manuscript 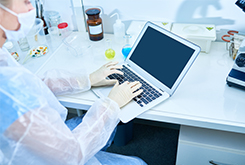 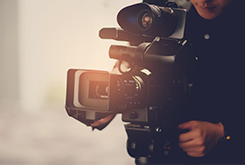 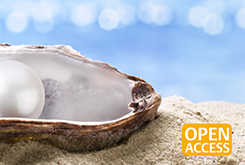 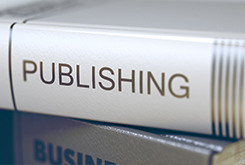